Does CBD give you the munchies? Here’s what you need to know.

If you are stumbling across this article, you are likely wondering whether or not CBD gives you the munchies. You might feel a little silly for even asking! Have no fear because you are not alone. No seriously. This is in my humble opinion has got to be one of the most asked questions of all times in regards to CBD.

We know that cannabidiol (CBD) is a chemical compound found in the cannabis plant. We also know that people get the munchies after smoking or ingesting cannabis, so what’s the deal? Does CBD have the same effect? If CBD does lead to the munchies, this opens a whole new realm of questions. Would CBD infused food lead to weight gain? How might CBD affect people that have conditions that make it difficult to gain weight? Let’s pump the brakes a little and see what the experts have to say about it.

What’s the difference between CBD and THC?

The first step in this equation is clarifying the difference between CBD and THC. Cannabis plants contain more than 100 different cannabinoids, though therapeutic and psychoactive effects of most of them are still yet to be known. The two most researched cannabinoids are CBD and tetrahydrocannabinol or THC for short. THC is the main psychoactive cannabinoid. THC gets you high; CBD doesn’t. Ingesting or smoking cannabis which has THC in it is well-known for causing food cravings which people generally call, “the munchies”.

Why does THC give people the munchies?

The reason THC gives people the munchies is for a few different reasons. First, THC increases the hormone in our bodies called ghrelin, which is what causes the body to feel hungry. If your stomach is empty your body will produce more of the ghrelin hormone. This tells the brain to generate more of the sensation of hunger ultimately causing you to consume food. THC can increase ghrelin and trigger the feeling of hunger even if your stomach isn’t empty.

And third, THC boosts dopamine which is the “feel good” chemical in the brain. Have you ever been addicted to something? Perhaps it involved something like exercise or watching your favorite Netflix show? That is caused by dopamine. When consuming THC it boosts your body’s dopamine levels which means you get more pleasure from eating. THC can also increase the sense of smell and taste, so people are more inclined to want to eat.

Does CBD give you the munchies? 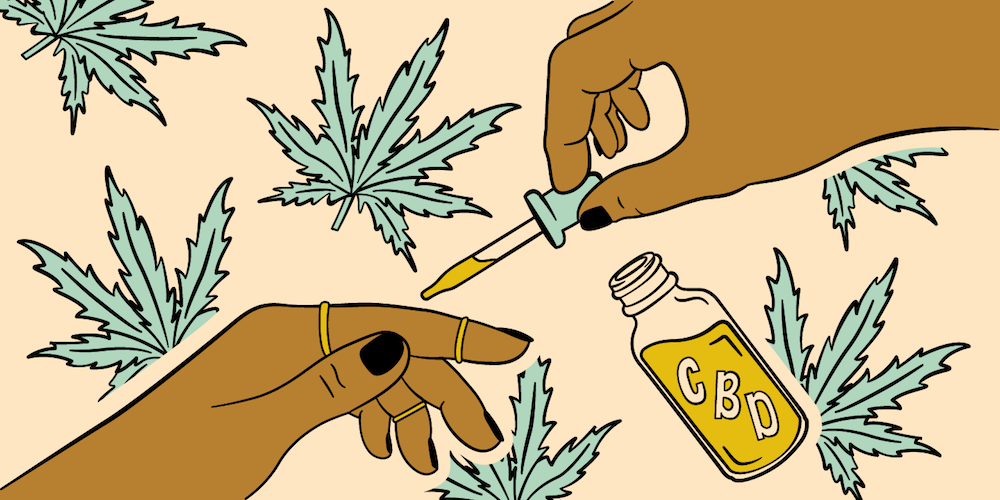 CBD does not cause the munchies though it might boost your appetite if it’s added to foods and beverages or taken as a medication. “CBD helps relieve nausea and can calm your nervous system and digestive tract,” says Janice Newell Bissex, a registered dietitian and holistic cannabis practitioner in Melrose, Mass. “If you feel less nauseated, you may eat more. CBD also quells pain, and feeling less pain may also boost appetite.” This is the reason it’s often used by people with cancer or other medical issues.

So this must mean that cannabis users will weigh more than nonusers because they want to keep eating? If that’s what you think, but you’d be wrong.

A study conducted by Indiana University in South Bend shows that people who are heavy cannabis users tend to weigh less than their nonuser counterparts.

While this has not been determined definitely, this might hinge on the amount of THC that is consumed. It turns out, high doses of THC can actually suppress the number of CB1 receptors. This means that fewer receptors are stimulated, limiting weight gain. So the more cannabis you smoke, the less likely you are to get the munchies.

Here’s the takeaway: THC is the cannabinoid in cannabis responsible for the high you get in addition to the increase in appetite knows as the munchies. CBD, by contrast, does not cause the munchies as it is not likely to make you hungry.

CBD does not work on the CB1 receptor like THC does thus it does not have the same effect on the appetite. CBD is known to decrease anxiety and increase mood, which can cause an indirect effect on appetite because people eat more when they are in a better mood. 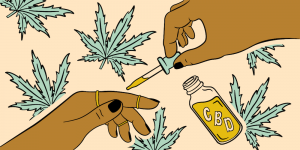 Millions of employees in all kinds of industries are facing new issues regarding drug testing at the workplace. Many workers can unintentionally 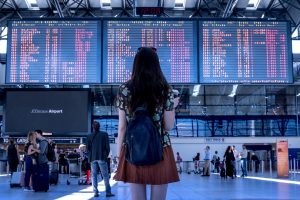 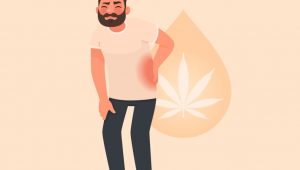 Does CBD cause Diarrhea? Here’s what you need to know.

There’s a good chance that you’ve heard of CBD oil. Its popularity has blown up over the recent years being praised with